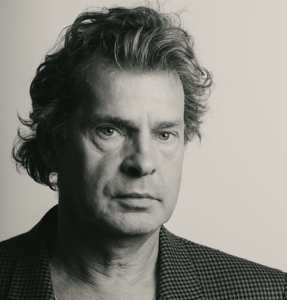 A marketing consultant, adman, writer, web developer, author.. with a brief spell as an actor, banker, and trainee Tibetan monk. Now turning his life and work skills to conservation with a social enterprise – Living with Koalas -trying to prove that commerce can be good for conservation. With the help of artisans.

G Henshaw (his first name is just G –  he blames his pommy hippy parents) has worked for some of the UK’s leading international advertising agencies (JWT, Ted Bates, BMP Needham, Davidson Pearce, Saatchi & Saatchi… ) as a senior creative and board director before starting is own advertising agency (FGH) in London in 1990. Prior to moving to Australia in 1996 he was commissioned by Penguin to co-write a series of children’s books, and he now occasionally writes and publishes his own work.

Since arriving down under he has maintained his professional contact with the marketing world through his own advertising agency in Sydney (BSH) which he sold when he moved to the mid-north coast with his American wife (interior designer Michelle Burton).  Since 2010 he has been involved with well respected web development company – Mighty Media (established in 1994)  – www.mightymedia.com.au–  and subsequently became a director and owner.  With other like-minded experienced marketing individuals he is enjoying the challenges of  this digital marketing agency and is continually striving for a good work/life balance. For a few years he acted as marketing director for a leading regional zoo – Billabong Zoo and Koala Park – where he discovered the dire straits facing the koala with the real (and unbelievable and shameful) prospect of extinction in the wild.