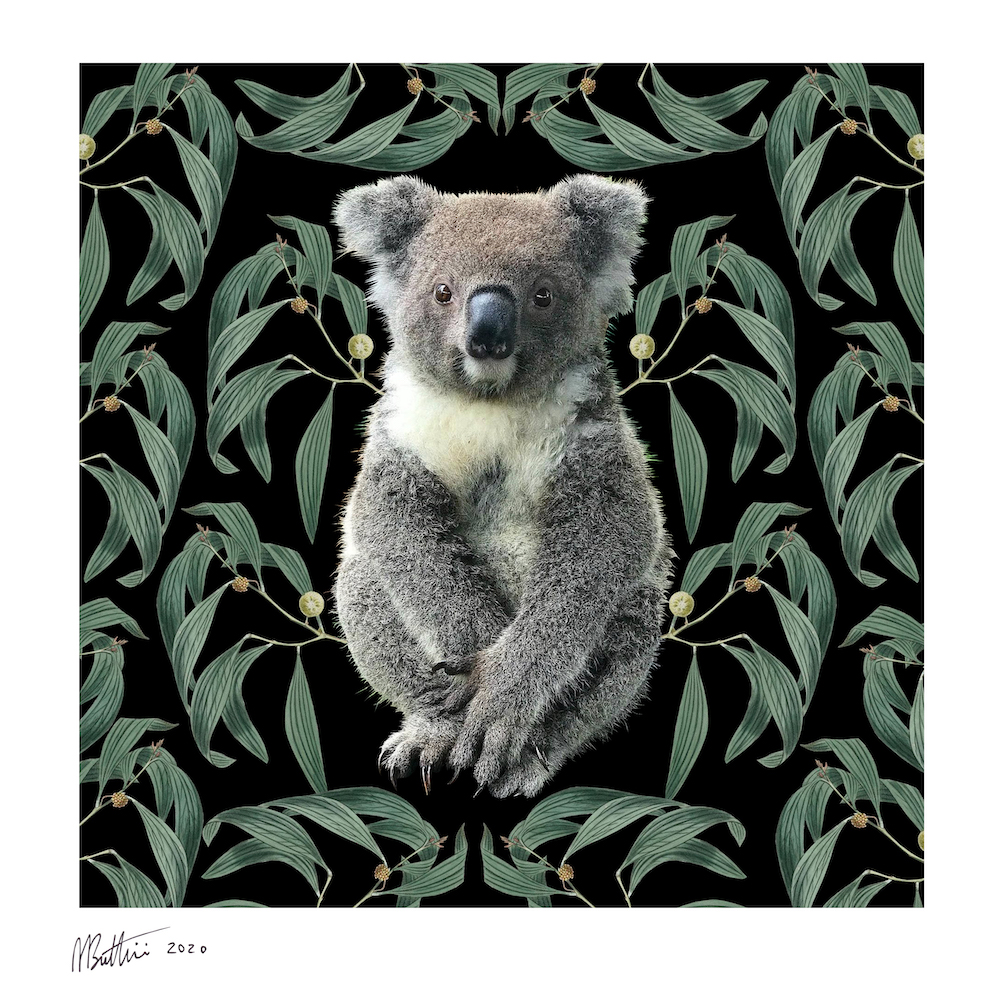 100 Artworks for a Koala entry by Madelaine BUTTINI.    Title: ‘ Save the  Koala ‘  – digital collage 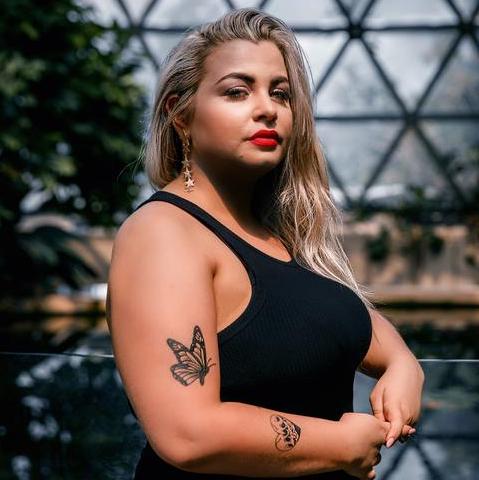 “ I grew up going to koala sanctuaries such as Lone Pine and Currumbin [both in Queensland, Australia], I love them! Some of my best childhood memories is seeing koalas in their natural habitat. On the Sunshine Coast I would always look in the trees to see if I could spot any – which is wild to think because I never see them anymore. Loving these animals as a child and seeing them as an adult on the news being killed because of our global warming problem was horrific. Before the fires, I knew that their habitat was being destroyed at a rate faster than what was being reported.

In the Summer of 2019 after watching the devastating fires on the news in Australia, I created this artwork. I wanted to bring awareness to koalas and their habitat being destroyed. If we lose koala’s we lose a vital part of our already delicate ecosystem. Our tourism market relies heavily on koala’s, you see them in gift shops as toys and people taking photographs with them, yet they are discarded by our government for land profits. The koala is not something which we can exploit. Save the koala and their habitat!” Madelaine BUTTINI

From London to Los Angeles, Madelaine Buttini has shown her artwork in exhibitions and music festivals around the globe. She is an internationally recognised visual artist currently living in Brisbane, Australia. Exploring hand cut and digital collage whilst using vintage and modern materials, she has been commissioned to produce work for Parade, Abrand Jeans, Elle Magazine UK, Adidas Italy, Gwyneth Paltrow’s goop and The BBC to name a few.

She aspires to bring a moment of happiness and hope from her artwork, especially for those who feel lost and alone within our busy and sometimes overwhelming society. Her work reflects upon the challenges she has faced as a friend, girlfriend and feminist whilst also celebrating women, femininity and flora.

Whilst living in New York in 2017, Lana Del Rey used her artwork to promote her single Love which lead to a crediting debate through Vice Magazine and other news outlets. Madelaine was not paid for this work or credited for her contribution but was thankful for Lana Del Rey sharing her work.

As a survivor of domestic violence and an advocate for ending stigma against depression, she is a major supporter of exhibiting within charity events to help raise funds for those in need. The charities she has supported are The Perspective Project UK, MQ Mental Health, The Heliotrope Foundation, Beyond Blue, Tara Brown Foundation and Friends With Dignity. She has also raised money for animal charities through the selling of shirts and prints. The charities she has supported are Primate Rescue Centre and Koala’s In Care Foundation.