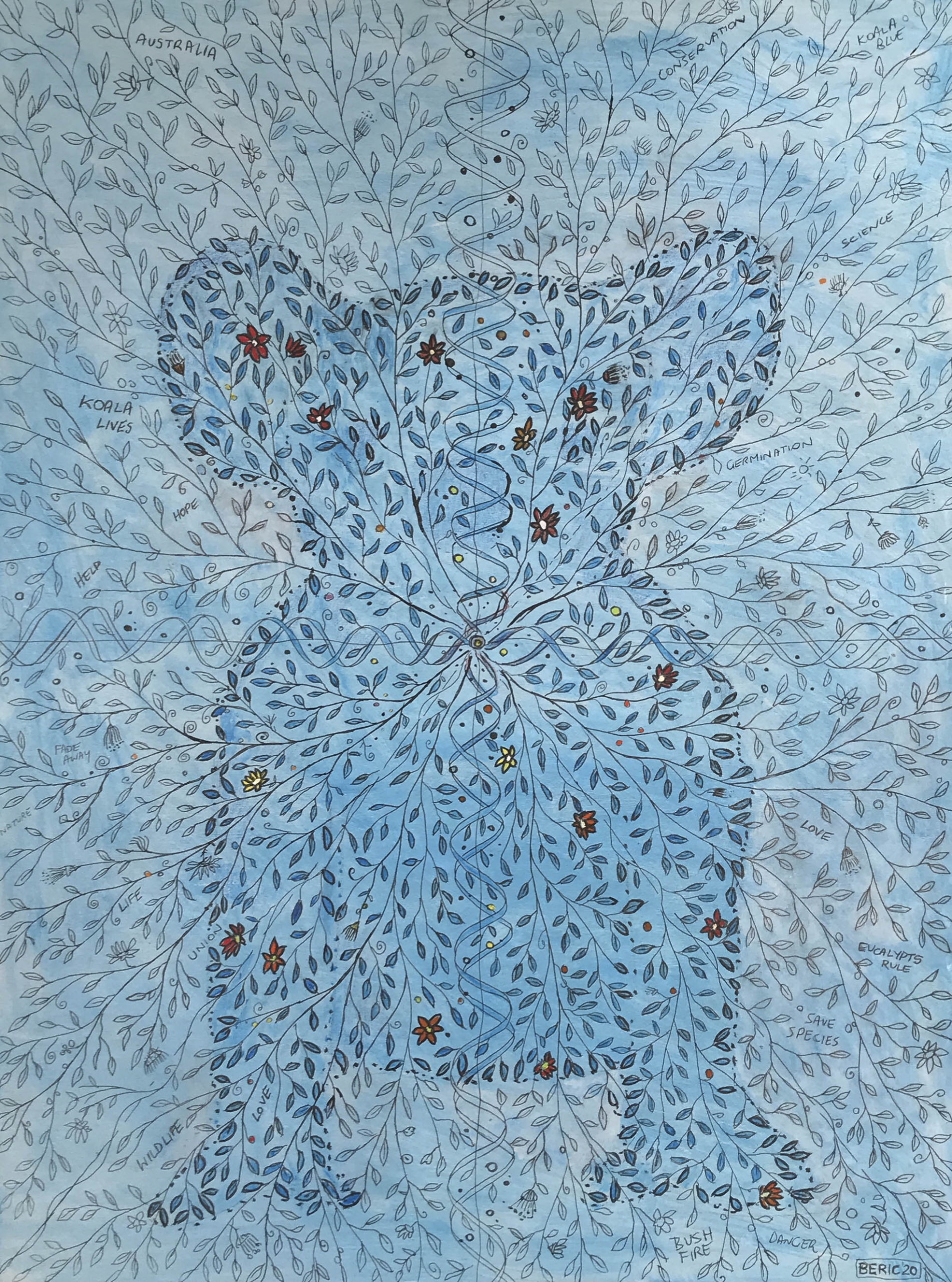 100 Artworks for a Koala entry by Beric Henderson.    Title: “Koala Blue’  – acrylic and ink on board 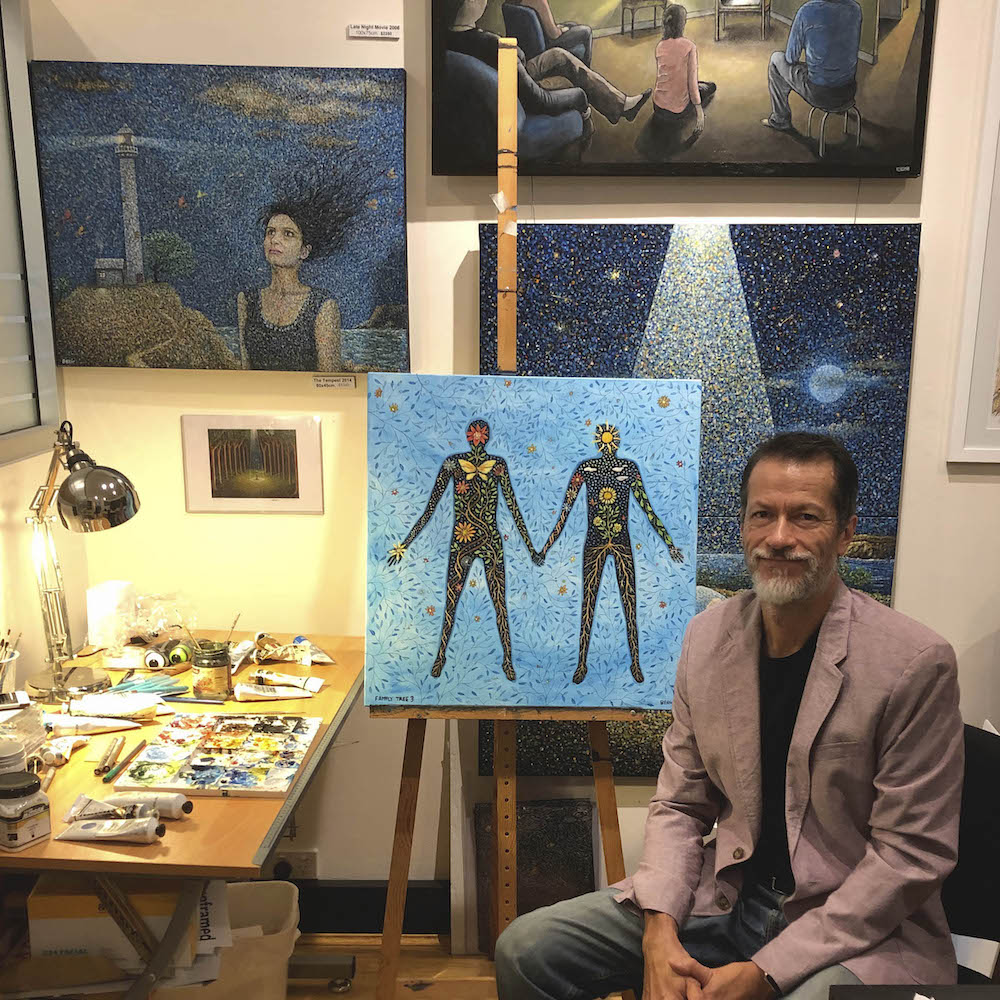 “I love the idea of producing work that is beautiful to look at, but even more revealing on closer inspection. My pieces take a long time to create. “

“I have a background in art and science, and in the past few years my art practice has focused more explicitly on the interconnectedness between man and the natural world. A lot of my nature-inspired art has used an abstract style where shapes or figures emerge out of the undergrowth. To add context I intersperse some words of text in the background. The artwork Koala Blue is the latest addition to this series and I feel an important reminder to us all of the iconic status and endangered nature of this beautiful creature. I hope that my artwork conveys these messages, as we are all connected with nature and the greater global ecosystem.”  Beric Hendeson

Beric Henderson is an Australian artist whose work investigates themes related to the sub-conscious, dreams and the cosmos. His current art practice includes painting, drawing, very detailed works on paper and unique light-box installations and many of his ideas are influenced by science and philosophy.

Beric has spent most of his spare time since childhood drawing, painting, reading and writing. His art skills were fine-tuned with two years of formal art classes in 1998-1999. He has had 12 solo shows, the first was at Hazelhurst in 2003. During 2006-2007 he was represented by film director Alex Proyas through his commercial art gallery (Wallspace Gallery) in Surry Hills. In early 2016 he relocated from Sydney to Port Macquarie on the mid-north coast of NSW.

Beric’s figurative works  have been influenced by a strong interest in cinematic genres including film noir and German expressionism, Hitchcock, the work of Kafka and by religious art forms.  The paintings produced over the last five years often examined human isolation and how we always manage to connect to something even when we are most vulnerable. By contrast, the recent abstract works explore deeper connections between our scientific and spiritual understanding of the natural world.

2012. Website www.berichenderson.com selected by NGA library for preservation and archiving.

2006. Featured in the “Masters of Fantasy Volume 3” interactive CD.

2005. Winner, graphic logo art competition at St. George Regional Museum in Sydney, for the design of the Dragon’s Lair Art Gallery. Presented by the Mayor of Hurstville.