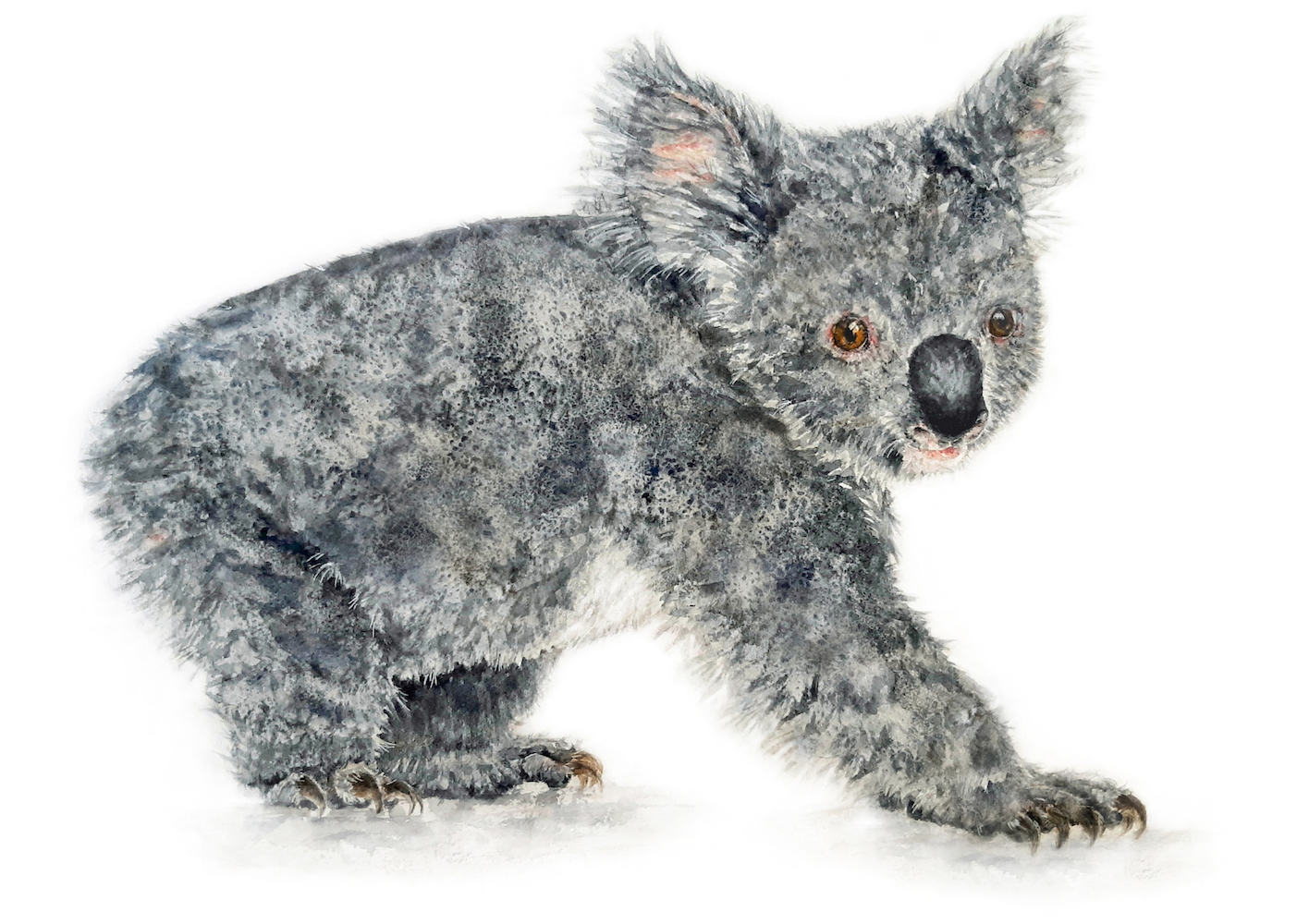 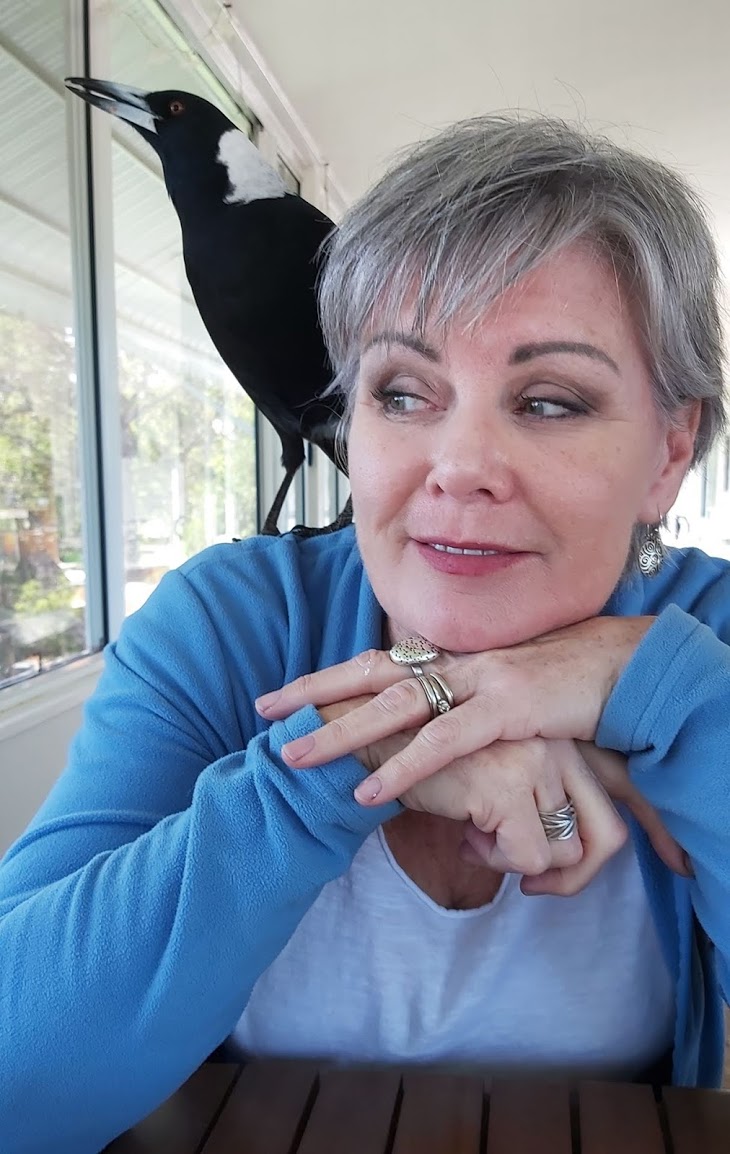 “During the smoke filled days of the 2019 bush fires that raged across so many parts of Australia, like many artists, I painted koalas as a tribute to all the wildlife killed and injured. The tragic loss of a great number of these gentle creatures is yet another reminder of how fragile our native species are; in particular the koala which desperately needs to be declared an endangered species and its habitat increased and protected. The first koala painting I named “Ellie” after the out-of-control blaze that tore through the Ellenborough area on the Mid North Coast of NSW near our Port Macquarie Hinterland property. The second painting I called “Lewis” after a heroic rescue in the same area by a local woman who saw the dazed and confused koala crossing the road heading back into the burning woodland. She leapt from her car and followed him, literally stripping the shirt off her own back to cover and carry the singed and wailing animal to safety then delivering him to the Koala Hospital. She called him Lewis after her grandson. ”   Tracy Hughes

Tracy Hughes: “As a watercolour artist living in the beautiful Port Macquarie Hinterland my passion is capturing character filled birds and wildlife in a contemporary, luminous, expressive style. My often cheeky subjects are painted with a mix of highly detailed features and loose fast strokes to give the watercolour energy and interest. A signature look in my paintings can be seen in the application of salt texture, carefully placed water blooms and layers of transparent glazes in vibrant colours to create light, texture and depth. To be immersed in nature listening to our feathered friends from my art space overlooking the treetops and mountains is magical; a quality I strive to convey in my art.”