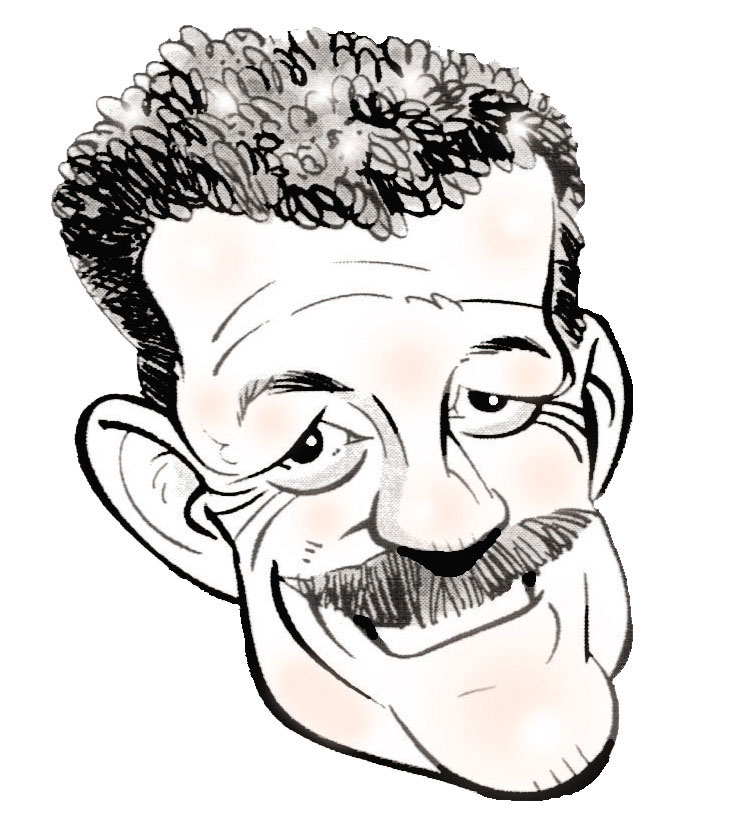 Cartoonist based in Sydney, Australia

“If only the world leaders would feel as strongly about the environment as does Mr. Mark Lynch,”  Spike Milligan on ‘How Green is my planet?’

Born sometime during the last century, Mark left school at the age of 14, albeit at the request of the Marist Brothers. His country had plans for him a few years later when he was conscripted into the army, serving in the third cavalry unit out of Townsville QLD.

Upon being discharged, he almost immediately gained employment as a Qantas Flight attendant, a position he held for the next 20 years. During this time, he was also cartooning for the now defunct magazine, The Bulletin. (1400 published). Still flying, he became the editorial cartoonist for The Australian newspaper, faxing his drawings back from around the globe daily. He accompanied and drew the diggers that were flown back to Gallipoli in 1991, sending his cartoons back to the paper from Lone Pine. A career change beckoned, and he left Qantas to buy a restaurant in Paddington, Sydney.

Mark Resides in Sydney with his wife Jennifer, and sons, Patrick and Jack.

Mark Has won 56 National and international cartooning awards, including National cartoon of the year (twice) and the prestigious Stanley award for Australia’s best single gag cartoonist.

His work appears in the United States, United Kingdom, South Africa, Sweden, Brazil, Canada and Germany, where his cartoons have received a staggering 14 million hits on toonpool.com , and are seen by up to 3 million people a day on the Berlin subway.