thinK for a Koala

You are here: Home1 / Artist Portfolios2 / thinK for a Koala 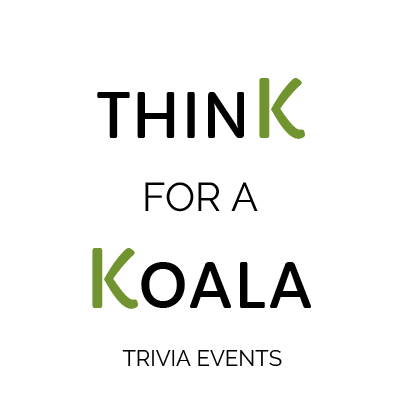 Authorised trivia presenters to present LIVING with KOALAS trivia events for awareness and fund raising. The questions relate to threatened species with an emphasis on the plight of the koala – now listed as  Vulnerable on the IUCN Red List of Threatened species and on the fast highway to extinction. Educational and fun. A great family night with a lasting impact.

THINK for a KOALA events can be held at clubs, schools, pubs and other venues. The launch of this programme will be held in venues on the mid-north coast of NSW on the 7th September 2018 (7th September is recognised as Threatened Species Day – the date in 1936 when the last Tasmanian Tiger died in Hobart Zoo.  Koalas are facing the same fate – predictions are they could be extinct on the wild in most places in Australia within 50 years.

Two Trivia companies are now actively approaching mid-north coast NSW venues to lock in the 7th September 2017 and will be attempting a Guinness World record for the largest quiz. Thanks to AJ from Party Professionals and Gerry from Gerry Byron Trivia.

We will be reporting the success and impact of  THINK for a KOALA initiative in the weeks ahead and after the event.

baKe for a Koala

a Kuppa for a Koala
Scroll to top