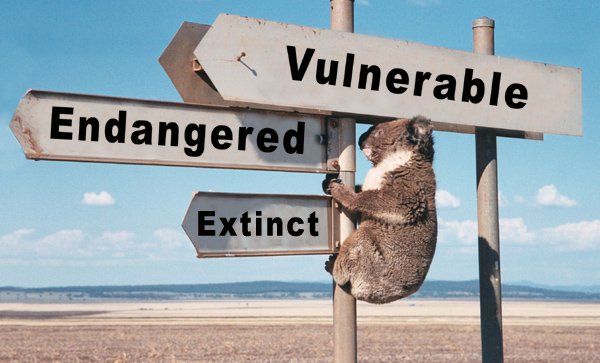 Extract from the Save the Koala website:
Since European settlement, approximately 80% of Australia’s eucalypt forests have been cleared. Almost none of the 20% remaining is protected, and most occurs on privately-owned land. Settlers have favoured the rich fertile lands along the eastern seaboard to have their farms and urban developments. Unfortunately, this is where the majority of Koalas are already living because they favour trees in the same fertile soil.
HOW HABITAT DESTRUCTION AFFECTS KOALAS
Clearing of the eucalypt forests means that all wildlife, including Koalas, will suffer from:
•increased disturbance by humans
•starvation
•injury or death from traffic
•injury or death from dogs and cats
•effects of garden pesticides getting into waterways
•increased competition for food and territory because of overcrowding
•increased stress on animals, making them more susceptible to disease.
read the full article
https://livingwithkoalas.com.au/wp-content/uploads/2017/09/signkoala.jpg 363 600 Glen Cavaco https://livingwithkoalas.com.au/wp-content/uploads/2017/08/logo_web.png Glen Cavaco2017-09-27 10:16:442017-09-27 10:16:4480% of Australia’s Eucalypt forests cleared
Living with Koalas program launches in the Port Macquarie-Hastings