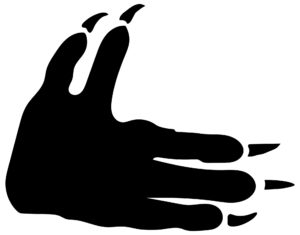 Thumbs up to Port Macquarie Council for their Dog Training initiative to try and combat the attacks by dogs on wild koalas in the area.

“Dog owners and their pooches have been put through their paces in a final assessment as part of a pilot program. The program, which is the first of its kind, aims to reduce dog attacks on koalas through specialist training.

Road strikes and dog attacks are the two major killers of koalas, with the Department of Environment and Heritage estimating that every year about 110 koalas are attacked and hospitalised on the east coast due to dog attacks.

This is an extract from an ABC report: 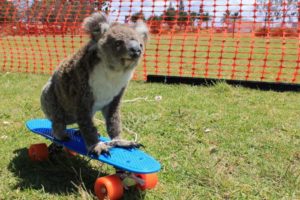 “A stuffed skateboarding koala is teaching dogs to stay away from native wildlife in an initiative that could be rolled out across the country.

The K9 Koala Training Program, which has proven successful in New South Wales, focuses on pet owners, and trains dogs to respond when called when they are near a koala and its habitat.

Run by renowned dog trainer Steve Austin, the 10-week program has been run by Port Macquarie Hastings Council on the mid-north coast, where dog attacks are one of the major killers for koalas in the region. read full article