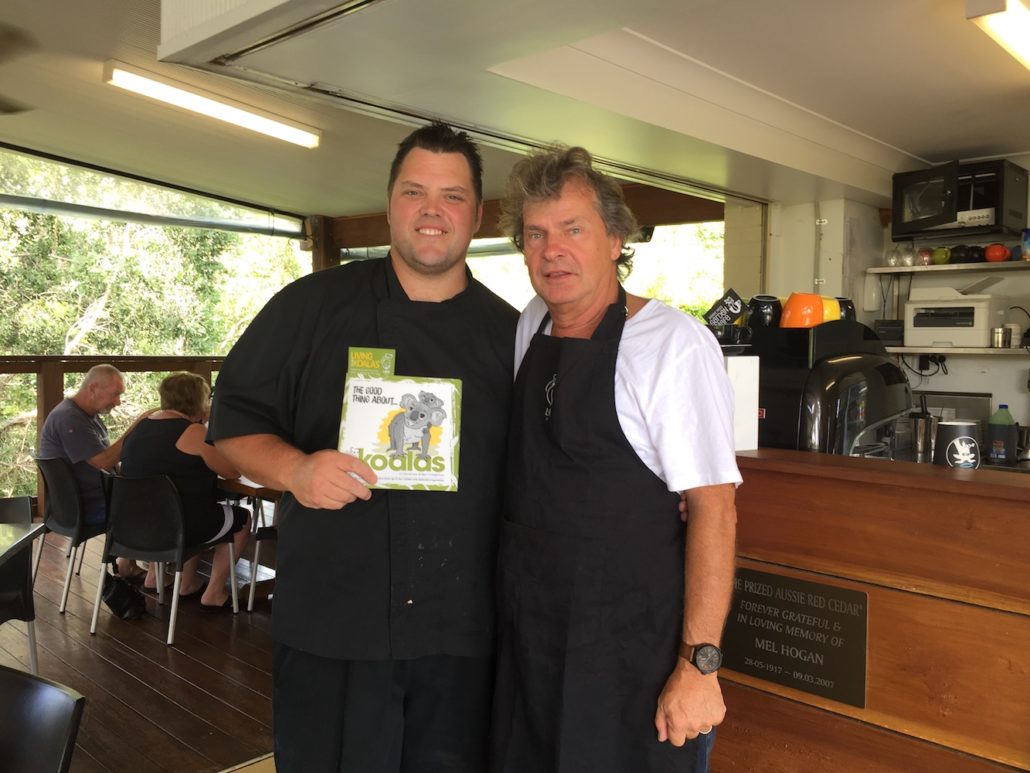 Thumbs up to Nathan Smith owner of Bonny Hills Garden Centre Café –  he is a big supporter of  the Living with Koalas programme. He and his staff will be promoting and selling the newly published book The Good Thing About… Koalas.

Nathan said “I spoke with G Henshaw [founder of Living with Koalas] some months ago when he discussed the idea of setting-up an initiative to help with the conservation and regeneration of wild koalas in the area. i was a big supporter, especially as we used to have a regular koala visitor to the cafe which, sadly was run over and killed some while ago. We are happy to sell the books as we know most of the proceeds goes to the local schools ‘nurture koala food trees programme’. 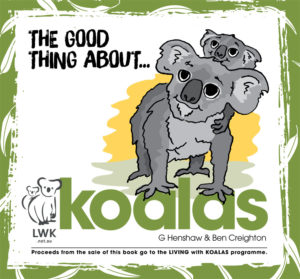 The book is part of a series of books called The Good Thing About… which G Henshaw, one of the originators and author, had published in UK by Penguin. This is the first time the concept has been used for conservation purposes. And local artist Ben Creighton has illustrated the charming book.

G calls it a KIDULTS book. “Entertainment and education for children; information and motivation for adults.”

The Koala is now listed on the IUCN Red List of Threatened Species as Vulnerable with numbers rapidly decreasing and facing the real threat of extinction within 50 years.

“Incredibly”, said G Henshaw, “there are some expert predictions saying the wild koala population in the Port Macquarie / Hastings area could, effectively, be locally extinct in under 25 years.  With as few as 2,500 left remaining in the region today. Habitat loss is by far the biggest threat. As a ‘Pommie Aussie’ it’s inconceivable that we could knowingly stand by as we watch the gentle koala slowly lose its battle for survival. We should all hang out heads in shame if we are the last generation to see healthy populations of koalas in the wild in Australia.”

You can purchase a copy of  The Good Thing About… Koalas book online here.

Thumbs up to APPS Mechanical, Port Macquarie
Scroll to top