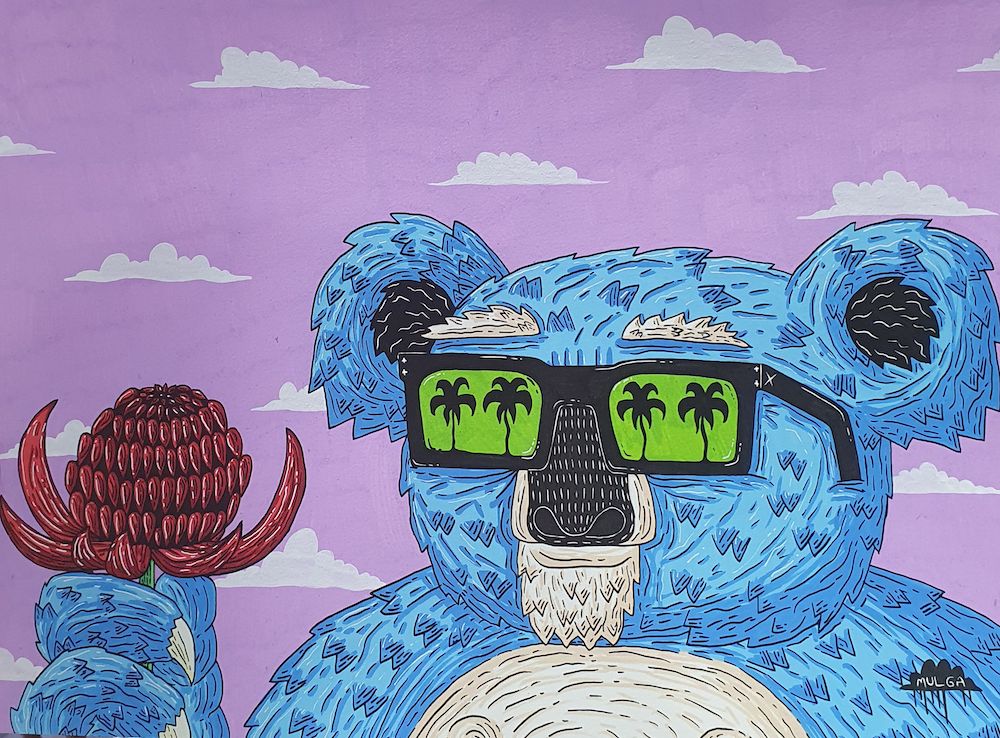 The original for 100 Artworks for a Koala by Mulga (aka Joel Moore) – Title: ‘ Waratah Wazza the Koala ‘ – acrylic on paper 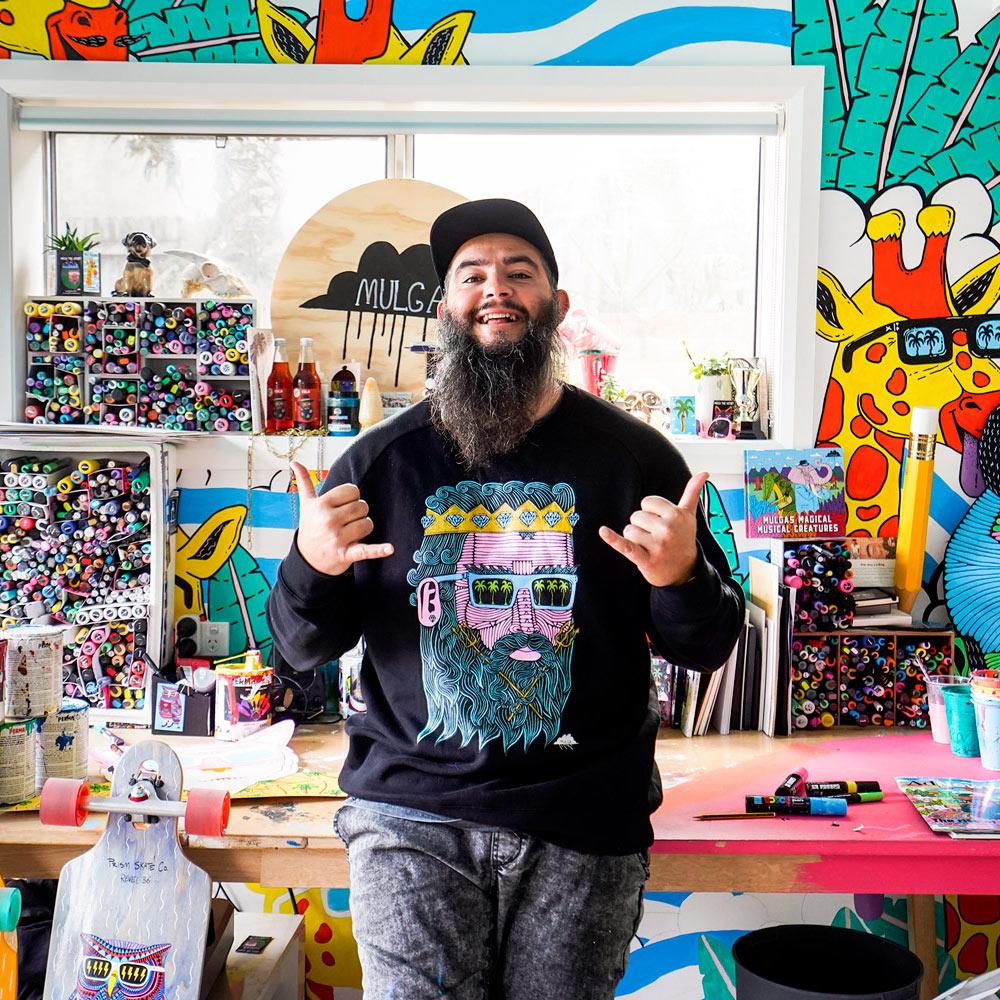 Who doesn’t like a weird poem? It’s a neat  way to make people smile.

100 Artworks for a Koala entry:  ‘ Waratah Wazza the Koala’

The story of Waratah Wazza the Koala

“Once there was a Koala called Warrick and he was heaps good at flowers and when he grew up he opened up his own florist called Wazza’s Waratahs and all he sold was waratah flowers because they were his favourite kind of flower because one day when he was a little koala dude he was heaps high up in his eucalyptus tree munching on eucalyptus leaves when a big gust of wind came along and he lost his grip and fell out and was hurtling towards earth towards certain death when he landed in a waratah tree which saved his life. From then on in he was all about the waratah and opening a waratah only flower shop was a natural progression. The End.” Mulga

After having his first art show and launching his art career in 2012 he left his finance job in 2014 to become a full time art dude. Mulga loves the beach and surfing and his summer inspired designs bring to life a world where tropical bearded men run rampant, tigers wear diamond sunglasses and gorillas rule the world like some kind of funky planet of the apes.

Mulga enjoys writing a weird poem for his creations because who doesn’t like a weird poem and he reckons it’s a neato way to make people smile.